When flour and liquid are mixed, gluten threads form a network. During fermentation, carbon dioxide forms gas bubbles that are encapsulated by this network of gluten threads. The gas bubbles are what make dough expand and mature.

Fermentation can be affected by various factors such as room temperature, temperature of the dough, humidity, ingredients and time.

The most common type of fermentation takes place at room temperature and involves two steps: lying time and rest time.  The first step occurs when dough is left to rise in the bowl, after kneading, and the second step occurs when the dough rests on a plate or in the pan.

Another method is cold fermentation. For this process, use half the amount of yeast or less, use cold dough liquid, and let the dough rise in the fridge for several hours, usually overnight. The dough will normally last in the fridge for up to three days.

With a reduced amount of yeast and cold dough liquid, you can also let dough rise at room temperature, either overnight or for about 8-12 hours. This is usually called night fermentation.

The biggest difference between these methods – in addition to time and amount of yeast – is that dough that ferments slowly can develop more flavor than a quick-fermented bread.

After dough is kneaded, it should rest in the bowl. The first fermentation usually takes place at room temperature, and the dough should swell and double in size. During lying time, the dough matures, flavors develop and gas bubbles cause the dough to expand.

Different amounts of yeast affect the dough’s lying time. Generally, 50 g (1/4 cup) of yeast with ½ liters (about 2 cups) of dough liquid requires about half an hour of fermentation. Half as much yeast requires double the fermentation time. Also, a coarser flour requires a longer lying time than a sifted flour. 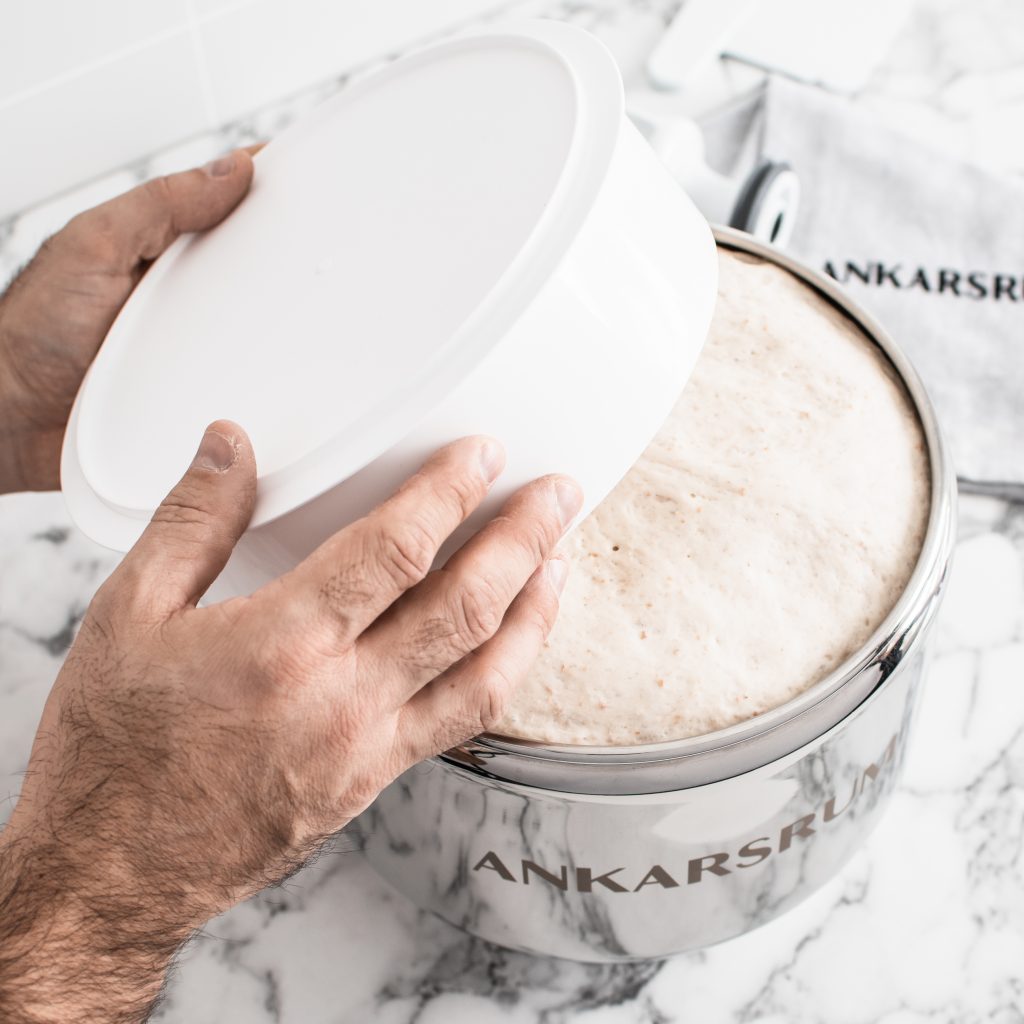 Rest time is when a ready-formed dough is allowed to rise on a plate or in mold.

For an even fermentation and to protect the dough from drying out, you should cover it. When dough is fermented in the Assistent bowl, you can cover it with the dough lid. Then the dough will retain its moisture and ferment evenly, and it will be protected from drying out. When baked bread is resting on a plate or in a mold, cover it with plastic wrap or a damp baking cloth. 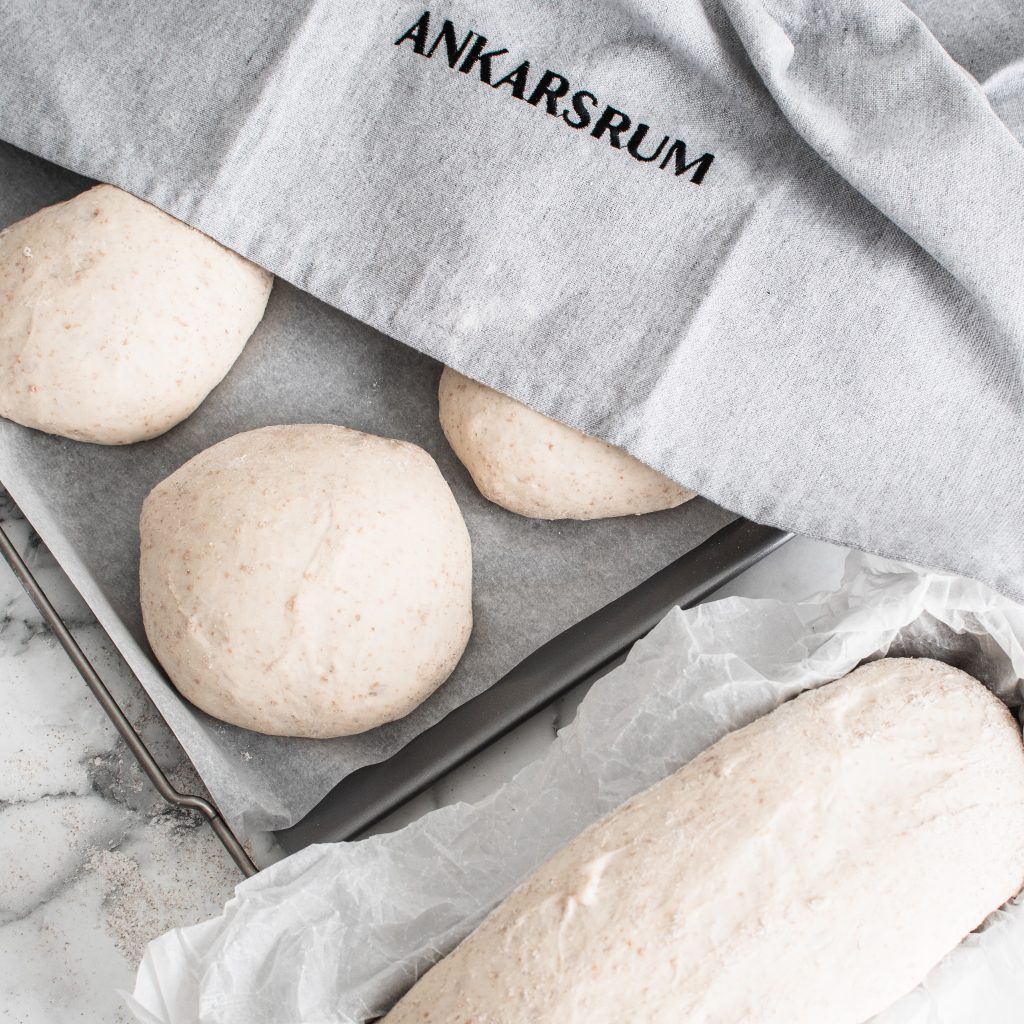 Bread ferments differently in different temperatures: slowly when it is cold, and faster when it is warm.

Dough should generally be fermented at room temperature, which is around 68-77° F.

Professional bakers often use leavening cabinets that make it possible to control the humidity and temperature of bread fermentation.

As a home baker, you can imitate a leavening cabinet with your oven. Just set the oven to 86° F, place a pan of hot water in the oven with the bread, and close the oven door. However, this will only work if the oven temperature is below 95° F.

Fermentation time depends on the type of bread, its ingredients, the amount of yeast, temperature and the size of the bread. Small breads such as buns ferment faster than loaves.  A wheat bread normally needs less time to ferment than a rye bread.

If dough is over-fermented, it flows out and becomes flat. If this happens, you can try turning the dough into a loaf pan and baking. Hopefully this will be enough to save the dough and produce an edible bread.

As bread bakes, it continues to grow. The yeast dies at about 122° F, but the gas bubbles that have formed continue to expand.

Learn to make your own cake base

Loading
Manage Cookie Consent
To provide the best experiences, we use technologies like cookies to store and/or access device information. Consenting to these technologies will allow us to process data such as browsing behavior or unique IDs on this site. Not consenting or withdrawing consent, may adversely affect certain features and functions.
Manage options Manage services Manage vendors Read more about these purposes
View preferences
{title} {title} {title}